The J C Sum magic era ended with his retirement in 2019. For more than two decades, J C Sum was one of the top professional illusionists in Asia. 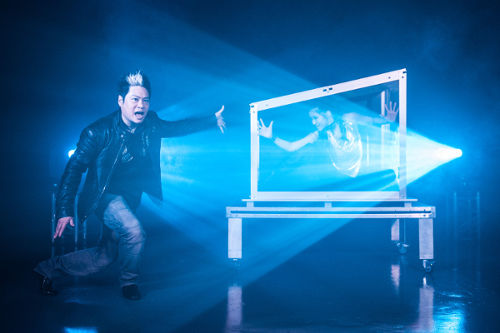 J C’s work and celebrity were recognized by both the regional Asian mainstream media and the international magic trade media. The Straits Times called him “Singapore’s Most Famous Magician”. He was acknowledged as “one of the most celebrated magicians in Asia” by Asia One and Magicseen Magazine hailed him as “truly one of the world’s top illusion acts”.

While retired from the stage, J C is still widely regarded as one of the most prolific illusion designers in the world. His original illusions have been performed by magicians around the world in and on television shows such as “America’s Got Talent”, “Australia’s Got Talent”, “Britain’s Got Talent” and “Finland’s Got Talent”.

He has written more than a dozen books on modern illusion designs & presentations for the magic community. The books have been sold in over 35 countries, and he also released a groundbreaking DVD set, “Behind the Illusions”, that was a best-seller.

Check out an archive of J C’s work in the links below: